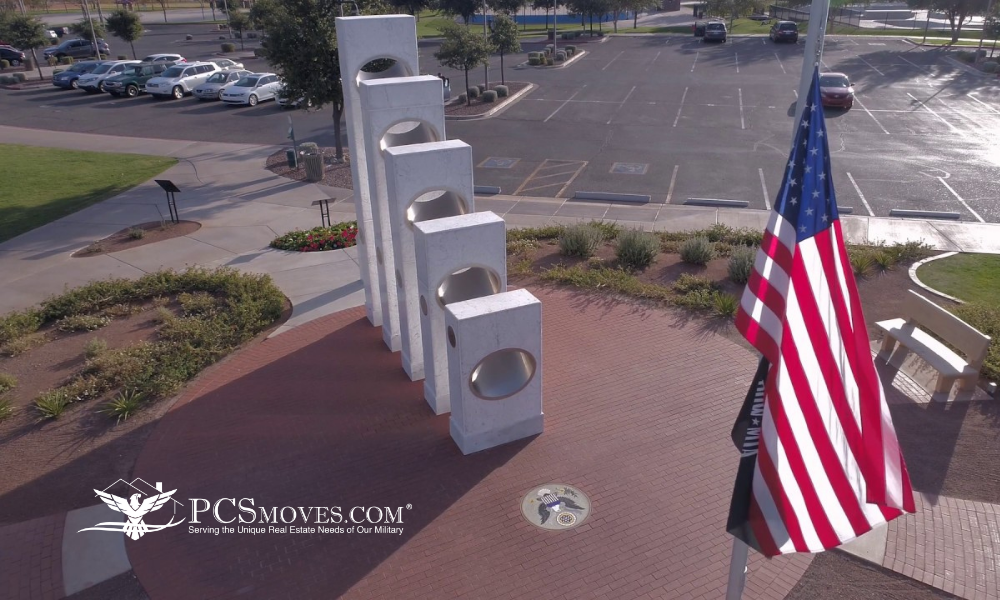 On Veterans Day we honor the men and women who have served our country in our military. We also recognize the contributions of military veterans as our nation’s leaders, entrepreneurs, and scientists. Veterans are some of our most active volunteers that work to improve our communities. So on November 11th each year, we pause to acknowledge their contributions and service. Here are some observances, discounts, and facts regarding Veterans Day. 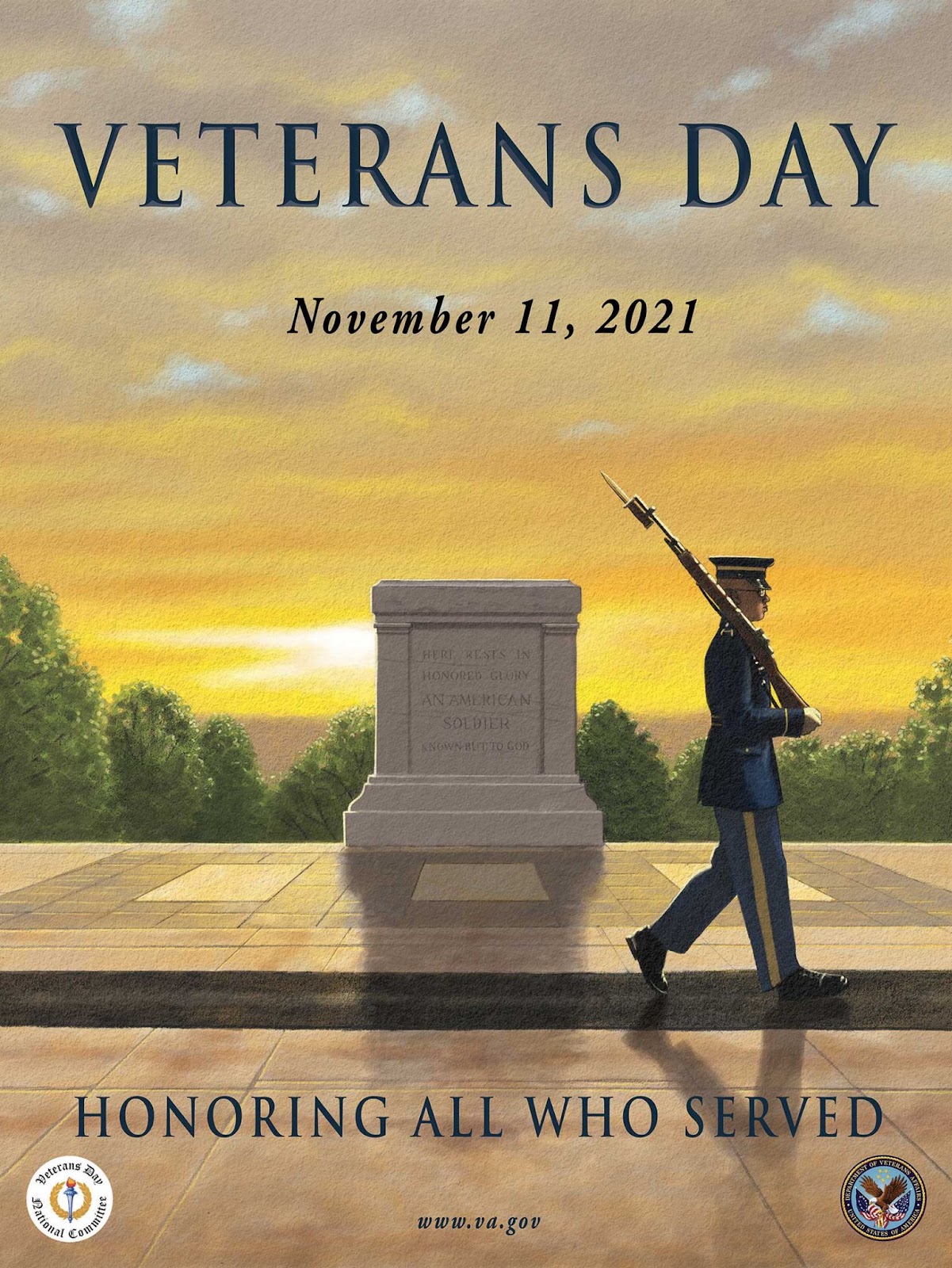 Observances Around The Country

National Veterans Day Ceremony | November 11 | 11AM | Arlington, VA
For the first time in nearly 100 years, the public has been authorized to walk on the Tomb of The Unknown Soldier Plaza and lay flowers in front of the tomb this year as part of the Unknown Soldier Centennial Commemoration. See this year’s official poster above, and download it here.

This ceremony will be held in Richmond, Virginia at the Virginia War Memorial. 2021 will be the 65th annual ceremony to honor those who have served and who are currently serving in the United States Armed Forces. The ceremony will also be livestreamed on their Facebook page.

Emporia is the founding city of Veterans Day and hosts a multi-day event to pay tribute.

The parade will run up Fifth Avenue in Manhattan, between 25th and 40th Streets. This year’s Grand Marshall is Kevin Carrick, an Air Force veteran and local hero.

National Museum of The Pacific War | This Texas museum is hosting a virtual event this year.

Our modern Veterans Day evolved from Armistice Day,originally proclaimed in 1919. The date recognizes the end of World War I on November 11th at 11:00AM (11th hour of the 11th day of the 11th month). In 1947, Raymond Weeks, a World War II veteran, organized a “National Veterans Day” parade in Birmingham, Alabama to recognize veterans of all wars. This may have helped to influence the U.S. Congress to change Armistice Day to Veterans Day, as they did in 1954. The residents of Emporia, Kansas also lay claim to being the originators of the modern Veterans Day. The town organized and celebrated Veterans Day in 1953, and their Congressman proposed a bill that year to rename the National observance. Here is an infographic including Veterans Day facts. 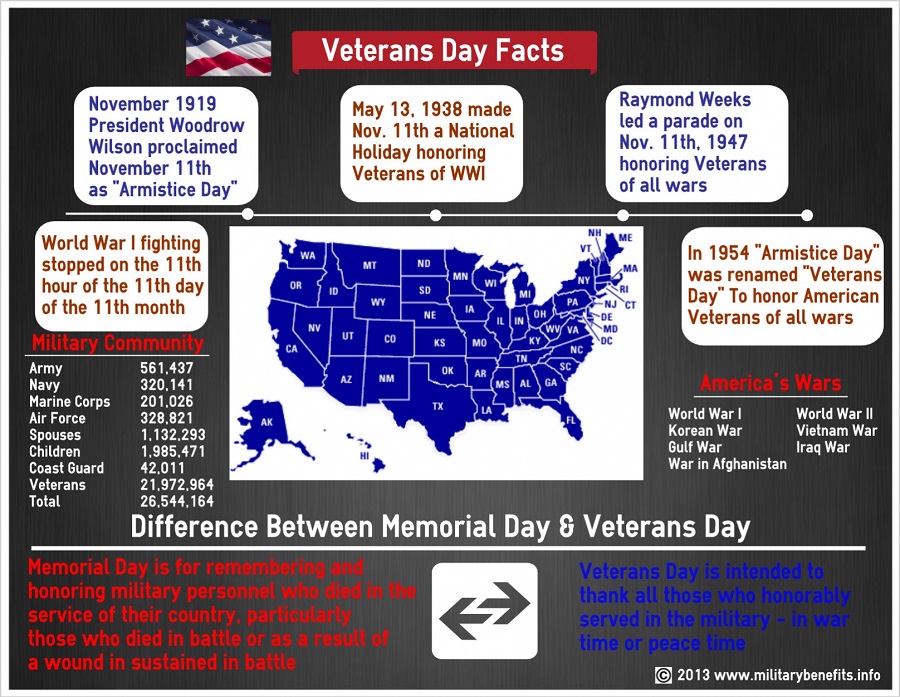 The Anthem Veterans Memorial |  This is a truly unique place to visit on Veterans Day. The memorial (pictured at the beginning of this blog) has five pillars that represent the five branches of the United States military. Each pillar has a seal of one of the branches of the military - Army, Marine Corps, Navy, Air Force, and Coast Guard. At precisely 11:11AM on Veterans Day, the sun’s rays pass through the five pillars’ elliptical openings to illuminate a glass medallion of the Great Seal of The United States.

We wish you a wonderful Veterans Day this year. Celebrate your service, and the service of your family, friends, and neighbors. We owe everyone who served a debt of gratitude. Thank you for your service.