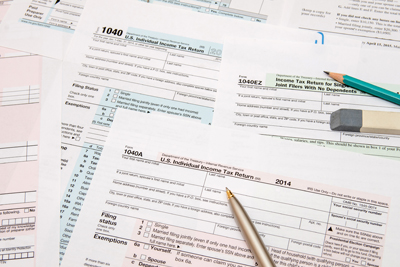 With the start to the New Year behind us, it is time to once again plan ahead for tax season. With the exception of those serving in combat zones or stationed outside the U.S, most military personnel and their families must file taxes by the traditional April 15 deadline.

It can be found online here: https://www.irs.gov/uac/About-Publication-3

Military service members receive many different types of pay. For tax purposes, it is important to identify the types of pay and allowances that can be excluded from your gross income. These exclusions generally include: living allowances, moving allowances, travel allowances, combat zone pay, and death allowances. Excluded items are not subject to tax, but may have to be shown in your tax return. Below, we will examine some of these exclusions as well as relevant deductions from income in more detail.

If you are a member of the Armed Forces serving in a designated combat zone, then you can exclude certain pay from your income. The month for which you receive this pay must be a month in which you either served in a combat zone or were hospitalized as a result of wounds, disease, or injury obtained while serving in the combat zone. You need only serve for one or more days in a month to qualify for exclusion for the entire month.

A few examples of pay types eligible for exclusion include:

It is important to note that retirement pay and pensions do not qualify for combat zone exclusion. In some cases, service outside a combat zone can be considered service in a combat zone if the Department of Defense designates it in direct support of military operations in the combat zone, or if the service qualifies for duty subject to hostile fire or imminent danger pay.

Generally, you can deduct some portion of the contributions you make to your traditional individual retirement account (IRA) for the year. However, if you or your spouse were covered by an employer-maintained plan at any time during the year then not all of these deductions may be eligible. According to the IRS, Armed Forces members (including reservists on active duty for more than 90 days during the year) are considered covered by an employer-maintained retirement plan.

Keep in mind that military personnel qualify for additional time to make contributions to an IRA. It is also important to note that even though combat pay is nontaxable, you must calculate it as part of your limits on IRA contributions and deductions of IRA contributions.

For the rest of this informative article and links to other tax resources for military personnel, please CLICK HERE to access the full article from Military.com.