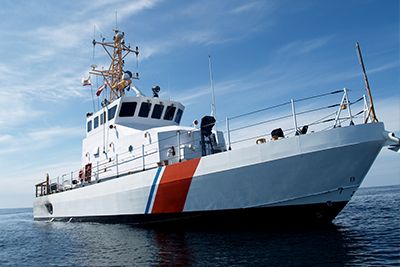 On Friday, Aug. 4, the United States Coast Guard celebrates 227 years of honor, respect and devotion to duty. As the nation’s premier maritime law enforcement community, Coast Guard personnel serve to save lives, protect the environment and defend the homeland.

Many cities have acknowledged the contributions and services provided by the Coast Guard men and women assigned to their cities. The Coast Guard has, in turn, recognized these cities as official "Coast Guard Cities," showing their appreciation for the cities’ efforts to extend so many considerations to the Coast Guard family and their dependents.

Purple Heart Day is recognized on Monday, Aug. 7. It commemorates the day when General George Washington created the Purple Heart Medal in 1782, a military decoration awarded to those wounded or killed while serving in the United States Armed Forces. Known as the Badge of Military Merit, it was awarded to three Revolutionary soldiers the following year. An estimated 1.8 million Purple Hearts have been awarded since then.

In addition to being awarded to those who fight wars overseas, the Purple Heart is also given to military personnel who display bravery and valor as prisoners of war and while fighting certain types of domestic terrorists.

The day also encourages people to pay their respects to fallen soldiers and to listen to the stories of soldiers and veterans, while thanking them for their service to the nation.

Do you know of anyone in the Coast Guard? Share with us in the comments! Needing to look for a new home because of a PCS move? Start your search with us!