With a busier-than-usual military moving season about to kick into high gear, officials are asking service members to book their moving dates early and keep flexibility in mind when doing so.

The military moved more than 230,000 shipments last summer alone, and this year officials are expecting an additional 10,000 moves due to the base realignment and closure process, said John Johnson, the chief of the personal property branch for the Army's Military Surface Deployment and Distribution Command. The command is the lead agent for the Defense Department's Personal Property Program.

Though that's just a 3 percent increase to the projected number of summertime moves, it's an extra 3 percent at an already challenging time of year, Johnson said.

Service members commonly know the period between Memorial Day and Labor Day as "PCS season," which refers to permanent-change-of-station moves.

With school out for the summer, or about to be, many parents view that stretch of time as the least disruptive for a family move and set their sights on moving over the Memorial Day or Fourth of July weekends to take advantage of the extra days off, Johnson explained.

But this moving cluster can create a backlog for officials, Johnson said. On average, the military moves about 600,000 shipments a year, and more than a third of those moves take place over the summer.

"The biggest challenge is expectation management," he added. "Moving in the summer season is already difficult, and most people are set on moving on holiday weekends. It's always a challenge when volume exceeds capacity. We need to ensure we have enough trucks and crews to move people."


Keeping the busy upcoming season in mind, officials began a review of the moving process in August, Johnson said. They focused much of their effort on working the kinks out of the Defense Personal Property System, a computerized moving management system for military members and DOD civilians.

Last summer marked the first time the majority of household shipments were moved through that system, he added.

While the new system proved successful, users ran into a few stumbling blocks along the way, Johnson said, citing the electronic claims process as an example.

Previously, the "submit" button for the electronic claims form was located only at the top of the page.

People would fill out the form, and then fail to realize they had to scroll back up to submit the claim, he said. And by the time they realized their oversight, they had missed the 75-day filing deadline.

"Some folks got upset -- rightfully so," Johnson said. "We're making a big effort to fix this and some other issues."

PCS Move To Norfolk, Virginia? Here Are Some Things To Know! A PCS transfer to the ‘Norfolk’ area can mean a lot of things. For one, the ...Read More 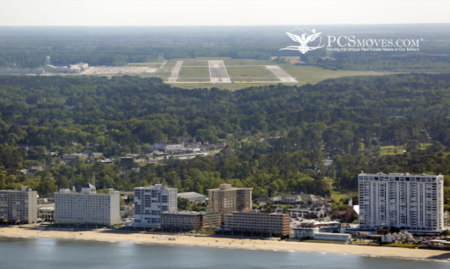 Are You PCSing to Naval Air Station Oceana in Virginia Beach?

Are You PCSing to Naval Air Station Oceana In Virginia Beach?  With PCSMoves.com, you can easily search homes that are currently for sale near ...Read More 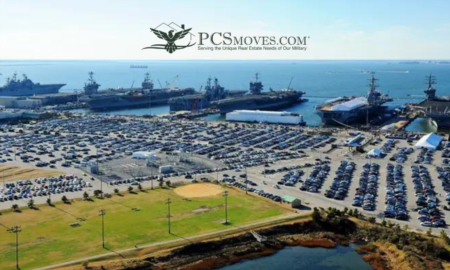 Coming to Naval Station Norfolk Soon? Search For Homes For Sale Around Your New Duty Station. PCSMoves.com invites you to browse homes that are ...Read More