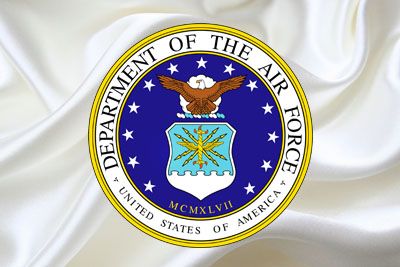 As a service with joint origins, the Air Force is the foundation for multi-service, interagency and coalition operations. It provides the joint team the ability and freedom to fight in the air, on the ground and at sea. As of this year, the USAF operates more than 5,369 military aircraft, 406 intercontinental ballistic missiles (ICBM’s) and 69 military satellites. 318,415 active duty personnel, 140,169 civilian employees, 69,200 Air Force Reserve personnel, and 105,700 Air National Guard personnel call the USAF their job.

Not every Airman or Airwoman takes to the skies for their position. In recent years, the USAF announced that one-third of the planes they planned to buy in the future would be unmanned.

So don’t think for a minute the USAF is only about the skies. It’s stated mission of today is to, "Fly, fight, and win in air, space, and cyberspace." That’s right, over time, cyberspace has become a part of the Air Force’s domain, using it to conduct operations without prohibitive interference.

But early in the Air Force's history, the 1949 flight of the “Lucky Lady II” demonstrated its capability to fly, non-stop around the world, showing its dominance in taking off from the U.S. and dropping bombs anywhere in the world.

During the Korean War, the USAF engaged in jet aerial combat.  The F-86 Saberjet scored impressive aerial victories against the enemy’s MiG-15. Later in 1954, the first B-52 Stratofortress came into the USAF inventory and has served in every conflict since its appearance.

In the 1960s, the development and deployment of ICBM’s were major components in the aerial defense capabilities of the U.S. Later in the 1970s, with the development of laser-guided bombs and TV-guided air to ground missiles, air mobility took a major step forward with the introduction of the C-5 Galaxy in the Air Force Inventory.

Stealth technology was revealed in the 1980s with the advent of the F-117, and strategic bomber capability was increased with the deployment of the B-1.

The USAF played a major role in the swift defeat of the Iraqi military forces in the first Persian Gulf War. It also supported the war in the Balkans and Operation Uphold Democracy in Haiti.

When President Nixon resigned, his plane took off as Air Force One, and by the time it landed, was called SAM 27000. Air Force One is considered a “protection level one” asset: the security equivalent of a nuclear weapon and airmen are permitted to use deadly force on unauthorized personnel.

And in case you're wondering, "Marine One" is the designation for any helicopter on which the President is a passenger.

Do have an Airman or Airwoman in your family? Share with us in the comments! Thinking about buying your new home this fall? Start your search with us!